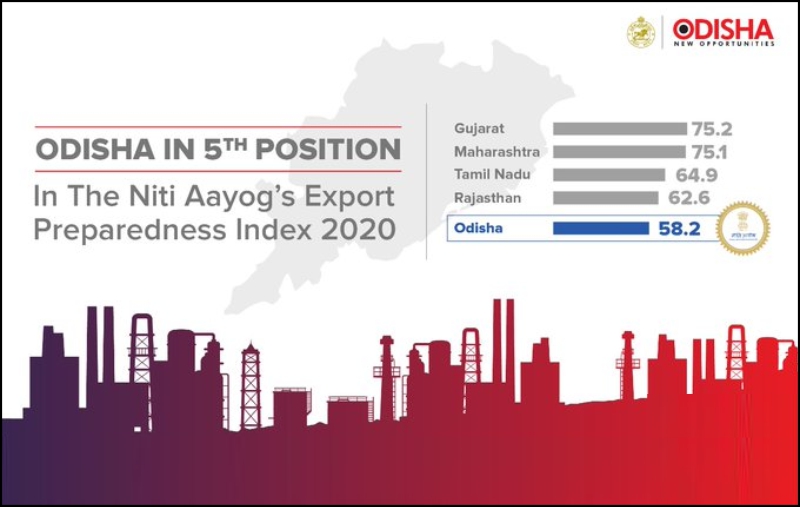 29 August 2020: In the first-ever Export Preparedness Index (EPI) prepared by NITI Aayog for Indian states, Odisha has secured 5th position among 36 states and Union Territories with a score of 58.23 and has been categorised as an over-performing state. The other states which are above Odisha in the EPI score are Gujarat, Maharashtra, Tamil Nadu and Rajasthan, respectively. During the last financial year, the state exported goods worth Rs 47,619.6 crore, down from Rs 52,677.09 crore in 2017-18.

In categories such as Export Ecosystem, Odisha secured 2nd rank next to Maharashtra, with the central agency praising Trade Support initiative of the State Government. Among eight coastal states, Odisha has been placed at 4th position, leaving behind states such as Karnataka, Andhra Pradesh and West Bengal. Even during pandemic-hit period, Odisha has been able to secure maximum investment this year.

In a meeting held recently with the Union Minister for Commerce and Industries Piyush Goyal, State Industries Minister, Dibya Shankar Mishra highlighted the achievement of Odisha.

Commenting on the EPI report, Asit Tripathi, Chief Secretary, Government of Odisha, said, “Odisha has done well in major parameters and is poised to become the manufacturing hub of Eastern India. We aim to be among top three in all key parameters.”

The Economic Survey of Odisha for 2019-20 has pointed out that the export of goods from Odisha in the last five financial years has shown an increasing trend except for 2015-16 and 2018-19 fiscal year.

Did you find apk for android? You can find new Free Android Games and apps.
Share With:
Tags
NITI AayogOdishaPiyush Goyal
Related Articles 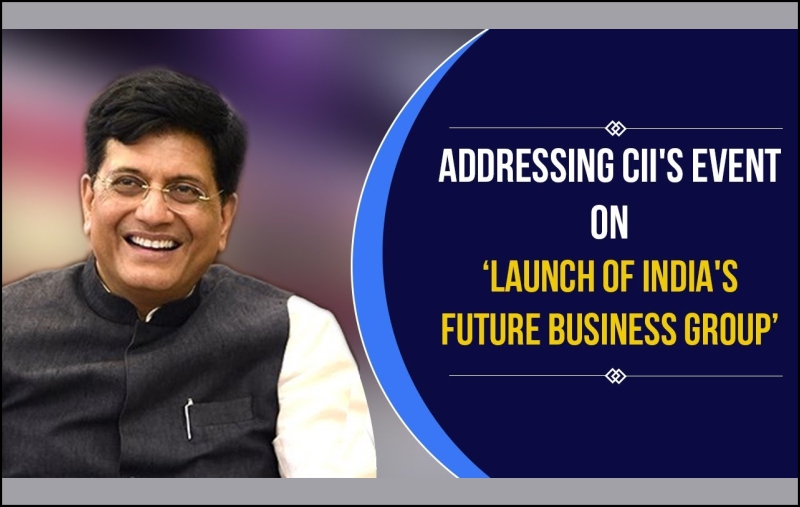 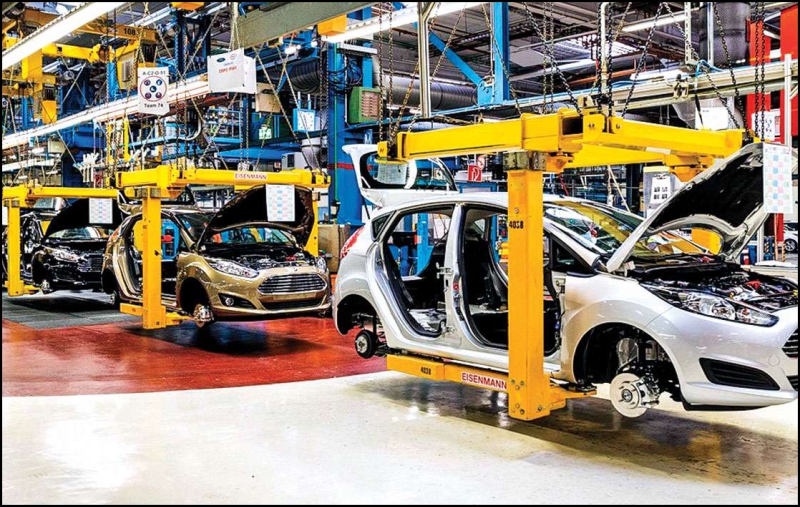