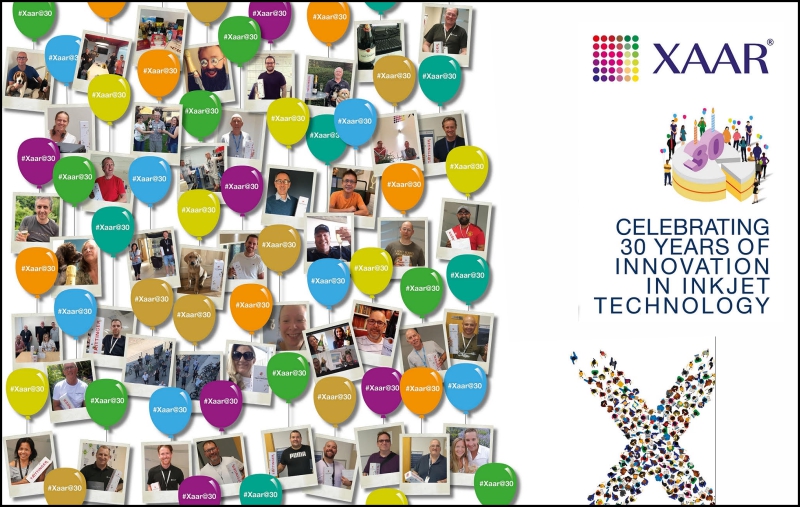 01 July 2020, Cambridge, UK: Xaar is celebrating its 30th birthday in style with champagne sent to every member of the team to toast the business and its role in pioneering the use of industrial inkjet technologies around the world.

Based at Cambridge Science Park, Xaar was initially founded in 1990 by a team of four including Mike Willis and Mark Shepherd. The goal was to commercialise the work done at Cambridge Consultants by Steve Temple and David Paton, the inventors of Xaar’s piezoelectric Drop-on-Demand technology; both of whom also joined the company shortly after Xaar began life.

The company signed its first commercial agreement in 1991 with Brother Industries who licensed the technology to develop home office printers and fax machines. By 1992 Xaar had reached a significant milestone, surpassing £1m in sales achieved from license fees, the sale of evaluation kits and technical consultancy.

Alongside licensing its technology, the development and manufacture of inkjet printheads became an equally important part of Xaar’s success. The company’s early product range, which included the Xaar 128 and Xaar 500, was instrumental in the growth of the digital graphics and the coding and marking industries around the world.

The launch of the Xaar 1001 represented another significant advance in inkjet technology. The printhead’s unique architecture, Xaar’s Hybrid Side Shooter, enabled ink recirculation both behind the nozzle and throughout the entire channel (Xaar’s unique TF Technology). These delivered a step change in printing reliability and drove the digital transformation of the ceramic tile manufacturing market in the 2000s.

The company’s first printheads were manufactured in Järfälla, Sweden, and in 2007, Xaar opened its new state-of-the-art factory in Huntingdon, UK, initially for the manufacture of the Xaar 1001 and where over £60 million has been invested since production first began.

Investment in R&D has always been central to Xaar’s progress as an independent business and now represents around 11% of business revenue. This focus on R&D has resulted in over 2000 patent applications being filed by the company during its 30-year history, and the development of ground-breaking inkjet printheads and technologies that have contributed to the global expansion of inkjet printing.

Recent innovations have included High Laydown Technology, which enables deposition of large quantities of fluid at high line speeds, and Ultra High Viscosity, which allows fluids with significantly higher viscosities – up to 100 centipoise at typical operating temperatures of around 40°C to 50°C to be jetted. Such developments have increased the flexibility of the Xaar ceramics portfolio and opened growth in new cutting-edge sectors such as 3D Printing and Additive Manufacturing.

John Mills, CEO of Xaar said “30 years is a significant milestone for any business, and we were all extremely keen to mark the occasion and celebrate our accomplishments as a team – despite many of us still working in separate locations.”

As part of its celebrations Xaar has been delving into its archives and is sharing memories of major milestones on social media. A particular highlight was the company’s nomination for a Queen’s Award in 1995 and an appearance on the BBC’s ‘Tomorrow’s World’ TV programme, introduced by Prince Charles. In 2005, Xaar went on to win a Queen’s Award for Enterprise in the Innovation category, one of many awards presented to the business over the years. 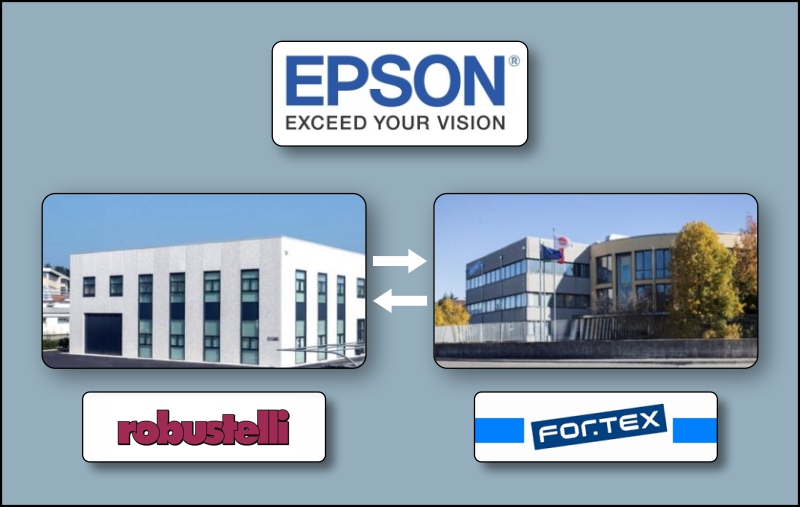 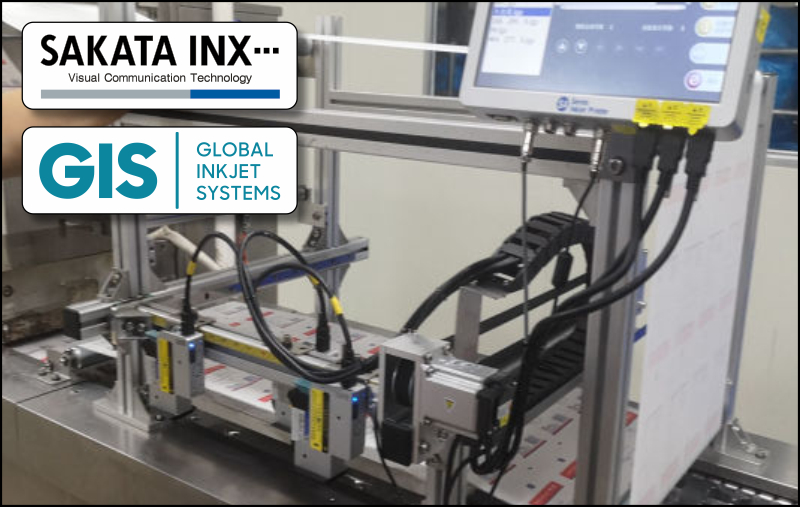 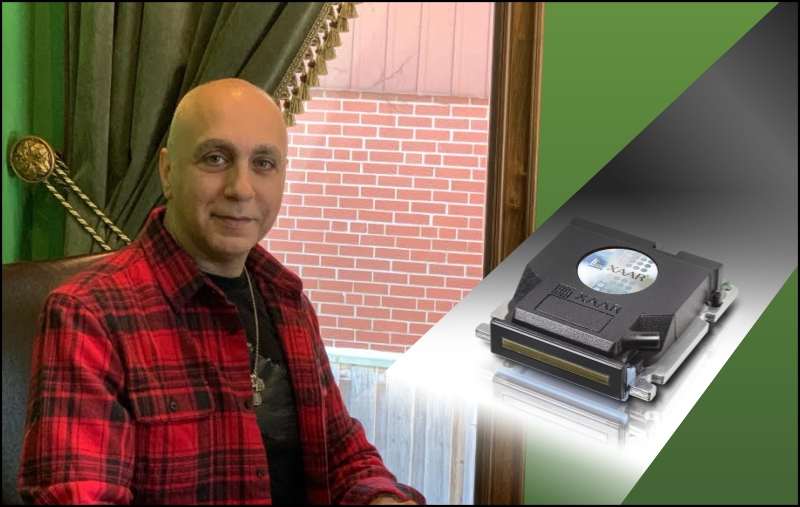